Anabantha is a Gothic metal band from Mexico City, Mexico, founded in 1997. In 2005, they recorded their album «Without Saying Goodbye». In 2006, they signed with the Mexican Label Discos y Cintas Denver. 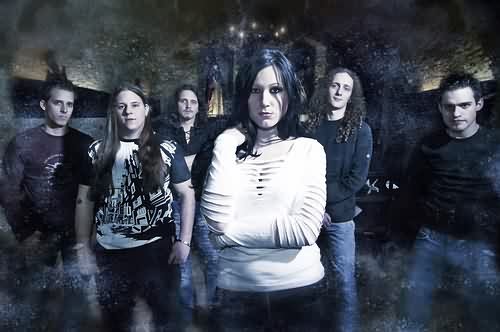 The band began in 1997 with Duan Marie on vocals an Vlad Landeros on keybuirds, performin unner the name Sentido Pésame. In 1998, the band changed its name to Transdellic (Trans = ayont; Dellos = visible), an addit Jimmy Gallozo on drums. In 2000, the band settled with the name Anabantha. Efter recordin several demos, the baund hired Vlad Landeros as thair new drummer, an recordit Letanías Chapter I. In 2002, the band line-up wis Duan an Vlad, who released Without Saying Goodbye. In 2003 they recorded the demo Letanías Chapter II. In 2004 they recorded their demo disc Acoustic, which included tributes to the poets Pablo Neruda an Lovecraft.